You’re playing Texas Hold’em and it seems like ages since you’ve seen a hand to play. Finally you get what you’ve been waiting for: Big Slick, AK of hearts. You make a healthy raise and get called in three places. You watch in anticipation as the flop comes out… Q T 4 rainbow. Now what? You’ve already invested in this hand and made a big pot. How do you proceed when you’ve missed the flop completely?

As with most decisions in Texas Holdem online, as well as when you play poker offline, how you proceed depends on the situation. However, your initial instinct should be to throw your hand away. Aggression is rewarded in Texas Hold em, but unless you know your opponents are tight enough to throw away decent hands, which many amateur players these days are not, you should not be going to war with a hand like AK when you miss the flop completely. Here are some other situations to consider. This is a case where you might want to make what is now commonly called a “continuation bet.” Since you represented strength before the flop, your opponents are more likely to give your bet credit when you bet after the flop. Since most flops miss most people, this may be sufficient to pick up the pot. Don’t go crazy with your continuation bet. You’re just trying to find out if everyone else missed. You don’t want to put yourself in a situation where a large portion of your stack is at risk.

Let’s say you have pocket jacks. Someone makes a small raise in front of you and two people call. You decide to get tricky and just call (note: This is probably a mistake. With a big hand that doesn’t need to improve to win, you should re-raise and try to get heads-up). The flop comes A Q 9 with two spades. The original raiser bets and the other two players call. You should throw your jacks away. You could probably easily talk yourself into believing that the original raiser is making a continuation bet bluff and the other two players are drawing to straights or flushes. However the likelihood is that at least one of these players has an ace or a queen, and you are in big trouble. Release the hand and wait for a better spot. You Raised With Nothing and Missed the Flop

If you’ve decided you’re going to try to bluff and you set it up before the flop, you shouldn’t be dissuaded by the presence of a scary board. That’s what you want. You need to scare people to win the pot. However, you need to have set up this play by building up a tight image and learning which players are likely to play weak holdings that they can be forced off of. You need to rely on your reading skills here and be prepared to release your bluff if you encounter too much resistance. 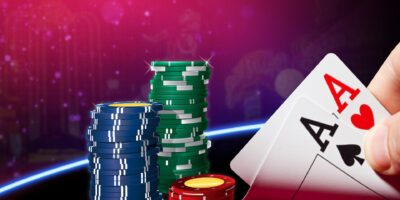 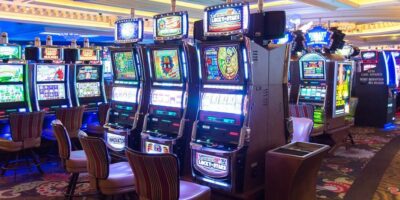